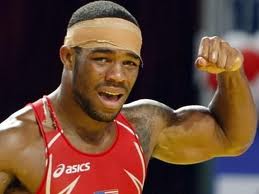 Sport’s illustrated did a decent preview for the Wrestling, both Greco-Roman and Freestyle. Check it out and be sure to tune in to http://www.eurovisionsports.tv/london2012/index.html  to watch the live stream. You can also check out the Olympic Judo Preview: http://www.bjjeasteurope.com/2012/07/8-judokas-to-watch-for-at-2012-london.html


The Japanese have dominated women’s wrestling since the distaff discipline was introduced in Athens eight years ago: Kaori Icho is poised to win her third straight Olympic gold medal in the 63-kilogram weight class, while the grande dame of the sport, 29-year-old Saori Yoshida, recently won her ninth straight world championship.

If Yoshida can run her own streak of Olympic crowns to three, at 55 kg, she’ll match the dozen international titles of Russia’s legendary Alexander Karelin.

On the men’s side, keep an eye on the Russian heirs to Karelin, who famously retired after losing to Rulon Gardner in 2000. Although the country no longer has quite so giant a personality, Russia won three freestyle golds at each of the past two Olympics, plus the overall team title at three worlds in a row. Its best gold-medal prospects are Besik Kudukhov in the 60-kg freestyle; Beylal Makhov in the 120-kg freestyle; and Roman Vlasov in the 74-kg Greco-Roman. Iran and Azerbaijan are the other nations likeliest to produce multiple male medalists.

Though he’s a long shot to medal in Greco-Roman in the 60-kg class — at 20, he’s the youngest wrestler on the U.S. team — Ellis Coleman bears watching for his signature move, the Flying Squirrel. A YouTube special, it involves using his explosiveness to literally leap above the head of a standing opponent. As gravity takes Coleman back to earth, the 5-foot-9 Chicagoan latches on to his rival’s torso and usually hits the mat on top. Could Coleman’s Flying Squirrel join the ranks of the Fosbury Flop as a revolutionary technique?
U.S. Prospects

For a while the London Olympics looked ready to become a U.S. Wrestling Reunion Tour, with an American gold medalist from each of the past four Games angling to qualify. Then, one by one, they fell away: former WWE fixture Kurt Angle, due to injury; Cael Sanderson, after choosing to concentrate on his career as a coach; Rulon Gardner, upon failing to make weight at April’s Olympic trials; and Henry Cejudo, after losing his trials semifinal. As a result attention has turned to an emerging generation led by Jordan Burroughs, who won two NCAA titles at Nebraska and in 2011 added the sport’s Heisman, the Hodge Trophy, to his mantel. At the worlds in Istanbul last September he beat Iran’s Sadegh Goudarzi to win 74-kg gold. If the two meet again in London, Burroughs hopes there’s a prophecy in his Twitter handle, @alliseeisgold.

Beyond Burroughs, American medals will be tougher to come by. Even though the U.S. qualified athletes in 17 of 18 possible weight classes, more than any country, and American wrestlers nosed out the Russians at an exhibition in Times Square in June, much will have to break right for the Yanks to hold off Olympians from Central Asia, where the sport’s balance of power rests. U.S. freestylers hunting spots on the podium include 2009 world runner-up Jake Herbert at 84 kg; former Iowa State star Jake Varner at 96 kg; and Bulgarian-born Texan Tervel Dlagnev in the heavyweight 120-kg class. Leading Greco-Roman threats are chess aficionado Justin Lester at 66 kg and Dremiel Byers, Gardner’s old training partner, at 120 kg. The best medal hopes among U.S. women both have exotic pedigrees: At 63 kg, Elena Pirozhkova grew up in Greenfield, Mass., after emigrating from Russia; Clarissa Chun, at 48 kg, is Hawaii’s first Olympic wrestler.
Matchups To Watch

After carrying his country’s flag in Beijing, Cuba’s Mijain Lopez won the Greco-Roman 120-kg gold. He was everyone’s favorite to do the same at last year’s worlds, especially after sailing into the final without surrendering a point. Then he ran into local boy Riza Kayaalp, who rode the energy of the Turkish crowd to an astonishing victory. Was it a fluke? Maybe not: Kayaalp, 21, had been a two-time world junior champ. Another meeting in the heavyweight class, with gold on the line, would be the most avidly watched match of the London Games.

Puerto Rico’s Franklin Gomez, a former star at Michigan State, lost to Kudukhov in the finals of the 60-kg freestyle at the 2011 worlds. He’ll hope to limit the Russian juggernaut by turning that silver into gold.
Underdog Tale

Geeta Phogat will be more than just the first female wrestler from India to reach the Olympics. Expectant parents in Balali, her home village in the northern state of Haryana, often choose abortion over a baby girl to avoid the steep dowry families must pay upon a daughter’s marriage, which may take place as early as 15. But Phogat, a 55-kg wrestler, is mooting that mindset. In a jerry-built arena adjacent to the family’s cattle barn, Phogat’s ex-wrestler father trained her in kushti, a traditional form of Indian wrestling usually reserved for men. Now she wears her cauliflower ears as badges of honor. Her success has overhauled local attitudes toward girls, who now flock to the Phogat family training site with their parents’ enthusiastic permission.

Fun Facts
The middleweight semifinal at the 1912 Stockholm Games, between Russia’s Max Klein and Finland’s Alfred Asikainen, lasted more than 11 hours. Although Klein won, he defaulted the final because of exhaustion. … The host Brits will have only one wrestler, and a newly minted one at that: Olga Butkevych, a Ukrainian émigré who only got her passport in May, will compete in the 55-kg class. … It may be called Greco-Roman, but over the years golds in that discipline have been won only once by a Greek, and just four times by Italians.