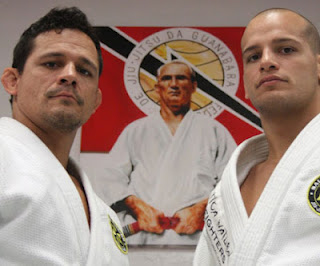 “The 2012 IBJJF Brazilian Jiu Jitsu World Champions are just around the corner and we are going to be delivering breakdowns of the major teams and their athletes that will be competing in California. This article will look at the original competition team in Brazilian Jiu Jitsu, Gracie Humaita.

Gracie Humaita hails from the Gracie Jiu Jitsu school in Rio and represents the original Gracie jiu jitsu school started by Carlos Gracie Sr. There he and his brothers taught students the adapted judo Carlos had learned from Japanese immigrant Mitsuyo Maeda. As time wore on, Carlos’ interests turned to other things and Helio Gracie took over the school. This school produced the first generation of BJJ black belts and many great masters, but one of its first competition stars was Helio’s son, Royler Gracie. 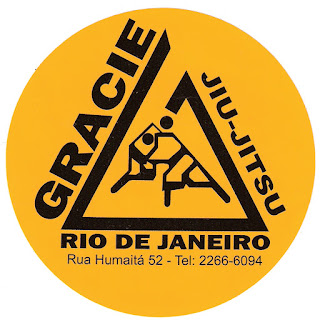 Royler dominated the early era of the IBJJF and is considered one of the all time great competitors in BJJ history. Royler took over the school from him father and has continued its tradition of fielding strong teams. While it has many accomplished male grapplers, Gracie Humaita has one of the largest and most decorated women’s team of any academy and we will start with them.

When speaking of women’s jiu jitsu there are few figures that cast a longer shadow than Light Featherweight Leticia Ribeiro. Born in Rio, Leticia began training at a Gracie Humaita satellite school, Gracie Tijuca, at the age of fifteen. She had a whose-who list of fantastic teachers including Marcelo Machado, Saulo Ribeiro (no relation to Leticia), and finally Royler Gracie and Vini Aieta, who jointly promoted her to black belt. Even in the mid-90s Gracie Humaita had a strong female team and Ribeiro credits a wealth of training partners for her growth as a grappler.

Jiu Jitsu competitions were still developing in the 90s and women’s divisions lagged behind. It wasn’t until 2000 that the IBJJF introduced fully formed women’s divisions. In that first year Lecticia claimed her first world title.

She won the worlds again in 2002 and again in 2006. She is ferocious on the mats and has a fondness for armlocks, bent or straight, that would make Ronda Rousey smile. In 2009, Leticia announced it would be her last Mundials and she planned to retire from competition focus on her coaching career. When she won the gold, her competitive nature got the better of her and she now serves as a player/coach for Gracie Humaita. Leticia won her fifth world championship in 2010.

One of Ribeiro’s teammates is the South African gymnast turned grappler Penny Thomas. A Junior Olympian in gymnastics, Thomas was forced to leave that sport due to spine surgery and she took up Brazilian Jiu Jitsu to learn some self-defense and stay active. Penny became so engrossed by BJJ she quit her job as a computer programer and traveled to Brazil to train full time. Thomas is a two time world champion at Medium-Heavyweight, an ADCC champion, Pan Am champion, CBJJF World Cup Champion, a talented mathematician, an accomplished artist, and all around Renaissance women.

Finally we come to Beatriz Mesquita, a student of Leticia’s and extremely accomplished grappler. As a brown belt Mesquita competed in combined Brown/Black belt divisions at the lightest weight divisions and won the European Open, Pan Ams and a no gi world championship. She received her black belt in March of 2011 on the top of the Pan Ams podium and has bee consistently pushing Leticia to compete alongside her. Bia has made it to several Absolute finals against much, much larger competition.

For the men’s divisions, Gracie Humaita has been hit hard by schools breaking away and is fielding very few male black belts. The Humaita academies are very established and this likely is just the low point of a pendulum swing for the school. A possible sign of the pendulum beginning to swing back up for Gracie Humaita is Lightweight prospect Zak Maxwell.

A 23-year-old American out of Philadelphia, Maxwell trains at a Gracie Humaita school run by Regis Lebre. One of the best young, American born grapplers in recent memory, Maxwell started competing at black belt in 2010. Maxwell won a qualifier for the CBJJF Pro World Cup in 2011 and then in 2012 he won the Abu Dhabi Pro qualifier in San Diego. While a world championship might be out of his reach this year, he is a must watch prospect that could become a consistent medalist in future years.

One of the men Maxwell defeated at the Abu Dhai Pro qualifier was Kron Gracie. Son of BJJ and MMA legend Rickson Gracie, Kron is a grappler who competes often under both the Rickson Jiu Jitsu and the Gracie Humaita banners. Kron is a hyper-aggressive grappler, who plays purely for the submission and doesn’t give much regard to points. While his risky style of grappling has paid off with a European Open gold, he is still searching for that breakthrough performance. Only one year older than Maxwell, Kron will be competing at Middleweight at this year’s Mundials and is always considered a threat to win any tournament he enters.

Another athlete that started under the Gracie Humaita banner and still trains with the team is Xande Ribeiro. The brother of legendary black belt Saulo Ribeiro, Xande has been carving out his own impressive legacy with two ADDCs gold and five world championships, including two Absolute titles he won by defeating Roger Gracie.

Xande’s technique and all-around strength of his game has made him a name mentioned in the same breath as Roger Gracie and Marcelo Garcia as one of the best current grapplers in competition. Xande will be competing at Super-Heavyweight this year.