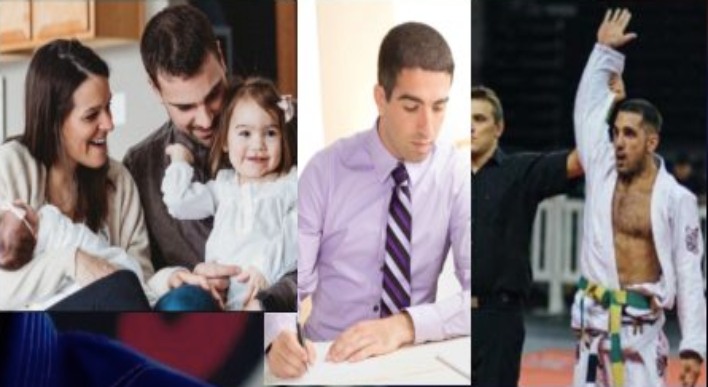 In 2013, Forbes magazine published an article entitled, “Why You Should Fill Your Company With ‘Athletes.’” The post reached such popularity that it was viewed by nearly 410,000 people. So what is it about athletes, or BJJ practitioners, in particular, that makes them great business partners?

In this article we will explore the top 20 reasons a BJJ aficionado may also be a successful entrepreneur:

It’s an Individual Sport
BJJ fully relies on you, and only you. You must rely on yourself to make it to practice, to concentrate and absorb what’s being taught, to drill, etc. If you don’t take responsibility for yourself, your BJJ game falls apart. The same goes for any business. You need to be a winner on your own team.

2. Competition is Healthy
Competition is where a BJJ practitioner takes his/her game to the next level. Competition shows you where you stand, keeps you on your toes, and shows what you can improve on. A staple line from the film, Fight Club, was spoken by the character Tyler Durden, “How much can you really know about yourself if you’ve never been in a fight?” In other words, what are you really made of?

3. Discipline
With no discipline, there is no growth. With no growth, there is no evolution. Motivation only gets you going for a short period of time before it wears off. Motivation is not what’s going to help you reach the top of the hill. It’s discipline that will help you to keep going when the hill appears too steep to continue.

4. No Plan Goes Accordingly
Although that may seem like overplayed advice, it actually has a great deal of truth to it. You never know what can happen under pressure, especially during a match. During the final seconds, when all you can think of is defeat, your partner gives up. Be open to the unknown, and expect the unexpected.

5. Work Harder
Although conditioning your body in BJJ is very important, it doesn’t fix a bad game. If you want to strengthen your BJJ skills, then doing more Jiu-Jitsu is the only thing that will help you. It’s not running longer on the treadmill, or lifting heavier weights. To become a better public speaker, one must practice speaking to the public, not reading more books about public speaking.

6. Be Confident
The true test of overcoming failure, is picking yourself back up and moving forward. Losing a match, or getting submitted during a roll isn’t the end of the world, and it doesn’t mean you have a bad BJJ game. Don’t take it personally. Keep working, and giving 100 percent.

7. Under Pressure
Putting pressure on your opponent is one of the most reliable ways to keep them under your control in BJJ. Don’t give up the pressure until you have fully secured the victory in your hands.

8. Don’t Hold Back
Give everything you got for this second, as you will never get it back again. It’s never too late to win.

9. Decisions v. Circumstances
It’s decisions that will ultimately shape your outcome, not circumstances.

10. Where the Head Goes, the Body Follows
Distracting the head of your opponent, will make his/her body follow. The same goes for business. Distract the head of the organization, and the whole corporation follows.

11. Improve Yourself
Videotaping yourself while rolling with an opponent, or viewing footage taken from a competition, can show you exactly what you could have, would have, and should have done. Never stop striving for perfection. Stay humble, and know that there’s always something to strengthen.

12. Shoot Your Shot
And if it doesn’t work, shoot again. The second time’s a charm.

13. Control
Control everything you possibly can. Everything. Lots of successful people are control freaks. But don’t overthink the things you can’t and move on.

14. Surround Yourself With Champions
You are who you hang out with. If you spend time around negative people, you are likely to enter the same state of mind. If you surround yourself with the best, you will strive for perfection.

16. Drill, drill, drill
The only way to master something is to do it over and over again.

17. Avoid the Back
Getting the back in BJJ is deadly, and if you’re in that position it would be wise to fight like hell to get out of it immediately.

18. Have Fun
At the end of the day, it’s not do or die. Keep your head up, and don’t take things so seriously.

19. Decide to be Good
Make a conscious choice to either give your all, or to be mediocre. It’s up to you.

20. Lead by Example
It’s your team, so help them if you can see they are lacking something. Actions mean much more than words.