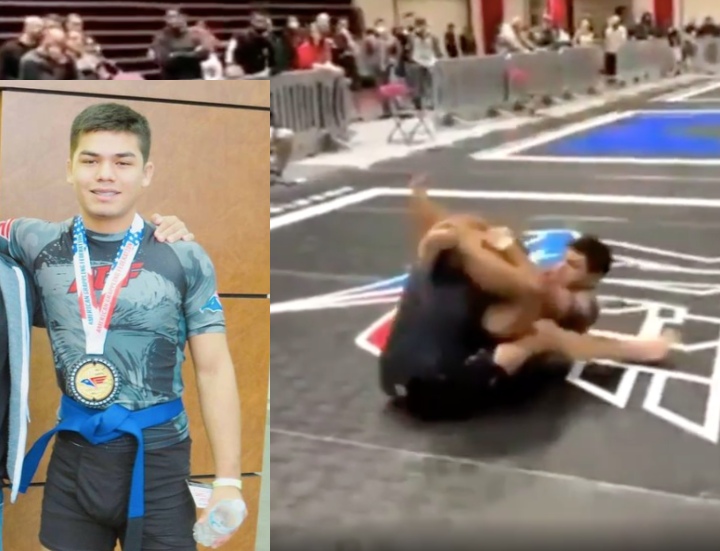 J.R. Caballero. Remember this name. He is just 14 years old. He trains under Donny Blue in Pleasanton, Texas and has submitted numerous black belts in competition.

“Today I won the American Grappling Federation Nogi Challenger Series Pro Championship. I submitted all three black belts and won a trip to Amsterdam. I also received my blue belt on the podium from my professor @bluejitsu78

Thank you to all my team @teambluejitsu and my main training partner @rpyssen for getting me ready for this tournament. Thank you to @bquickjiujitsu , Chris Carlino and @american_grappling_federation for putting on another amazing event and awarding all the challenger series winners with a trip to Amsterdam.

Also thank you to all my family and friends that always support me. I appreciate all the love, it’s motivating and makes me want to keep improving.”

In the final match he submitted another BJJ black belt with a flying triangle.