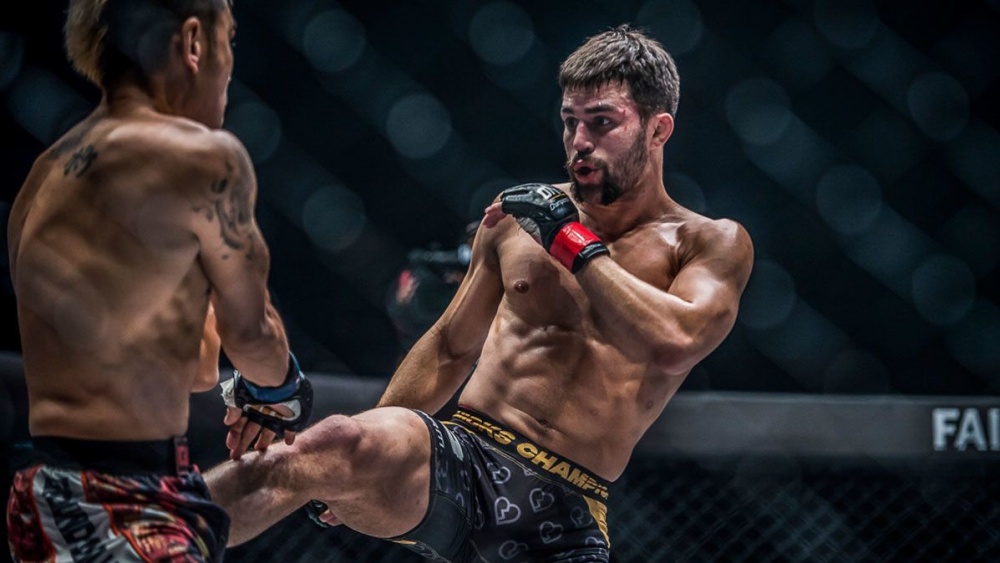 Our favorite MMA fighters are often the fighters we’ve been following before they became famous. We feel more connected to those fighters because we feel like we’ve been part of their journey to the top.

Some up-and-coming fighters burst onto the scene with lots of hype, as was the case with Conor McGregor, while others are barely noticed until they’ve established themselves as top contenders.

Ten Up-and-Coming Mixed Martial Artists To Watch Out For

Let us take a look at some of the high-potential up-and-comers that have the potential to be MMA superstars in the future:

Dern is one of the most decorated female grapplers in MMA, with over 100 professional grappling matches under her belt. Most opponents don’t survive for long when she puts their backs on the canvas. Seven of her eleven wins came by submission, and she’s improved her striking ability in recent years.

With an 11-2 record, Dern remains one of the most promising up-and-comers in the women’s strawweight division.

Chris Barnett might be the most entertaining heavyweight in MMA right now. He’s a bag of surprises, and his chubby appearance often leads to people underestimating him. Barnett comes from a family of Taekwondo practitioners, and his kicks are a thing of beauty.

He throws spinning techniques effortlessly, something you don’t typically expect to see from a pudgy heavyweight. During his last outing, Barnett’s spinning kicks came in handy, stopping veteran Gian Villante with a spinning wheel kick.

Currently ranked third in ONE Championship’s featherweight division, Tonon is a decorated grappler with almost a hundred professional grappling matches under his belt. He started with wrestling classes in the fifth grade and added Brazilian Jiu-Jitsu to his training routine in his early teenage years.

Tonon signed with ONE Championship in 2018, and he’s been even more impressive as a mixed martial artist. He’s already compiled a 6-0 record, finishing five of his six opponents. He’ll face Thanh Le the next time he laces up his gloves for the Featherweight title.

Pimblett made a strong statement during his UFC debut, surviving Luigi Vendramini’s initial onslaught before pulling off the comeback knockout late in the first round. He displayed the rock-solid chin he’s known for and a willingness to keep walking forward regardless of how bad things get in the cage.

“The Baddy” has the potential to be a contender in the lightweight division if he works on his few weaknesses, like keeping his head high. So far, so good for the Englishman who some have already dubbed the next Conor McGregor.

Buchecha is another highly decorated BJJ specialist who has crossed over into mixed martial arts. He has 128 wins in submission wrestling, and his MMA career is off to a good start with two first-round submissions.

Almeida’s grappling pedigree creates an interesting matchup with ONE Championship’s heavyweight champion Arjan Bhullar – who has Olympic-level wrestling experience. You certainly want to keep your eyes on Buchecha as he makes his way through the ranks.

The younger sister of Christian and Angela Lee, expectations were high when Victoria made her ONE Championship debut, and she’s delivered so far. She’s quickly built up a 3-0 record in the promotion, finishing all of her opponents.

Sean O’Malley is one of the most exciting up-and-comers in MMA right now. He’s an eccentric personality who fights with a unique style he created. He’s super precise with his strikes, and there are rarely any dull moments during his fights.

O’Malley suffered his first loss in the UFC when he faced Marlon Vera, but he’s bounced back nicely since, winning his next three fights via knockout. O’Malley is now back on track, and he’ll likely get a shot at a top ten contender his next outing.

Get your popcorn ready when “Suga” fights because he always finds a way to make things entertaining.

Page comes from a family of kickboxers, and it shows when he fights. He’s arguably the most entertaining fighter in mixed martial arts with his unorthodox techniques and footwork. Page often makes his opponents look ridiculous inside the cage, effortlessly evading their attacks while landing powerful punches of his own.

Page currently sports a 20-1 pro-MMA record, and he avenged his only loss during his last outing, defeating Douglas Lima by split decision. Many expect Venom to fight for Bellator’s welterweight title soon, and he has what it takes to capture the title and reign for a long time.

Amosov is a decorated grappler with several World Sambo titles under his belt. He’s been even more impressive as an MMA fighter, amassing a 26-0 record. Amosov defeated Douglas Lima to win Bellator’s welterweight title during his last outing, and a future title defense against Michael Page seems unavoidable at this point.

That will be the biggest test of his career, given Page’s unique fighting style. It’s one of the biggest fights that could be made in MMA right now, and all eyes will be on these two when they eventually collide.

Chimaev is arguably the most dominant prospect the UFC has ever signed. A highly accomplished wrestler, Chimaev won four gold medals competing in the Swedish Nationals. He currently sports a 10-0 MMA record, and he’s made quick work out of all of the opponents he’s faced since signing with the UFC. No one has been able to last a full two rounds against the Swede.

Chimaev’s most impressive victory came during his last outing when he picked up top contender Li Jingliang, walked over to the fence to talk trash to UFC president Dana White, threw Jingliang to the canvas, and submitted him shortly after. At this rate, Chimaev will be fighting for the welterweight title within a year.