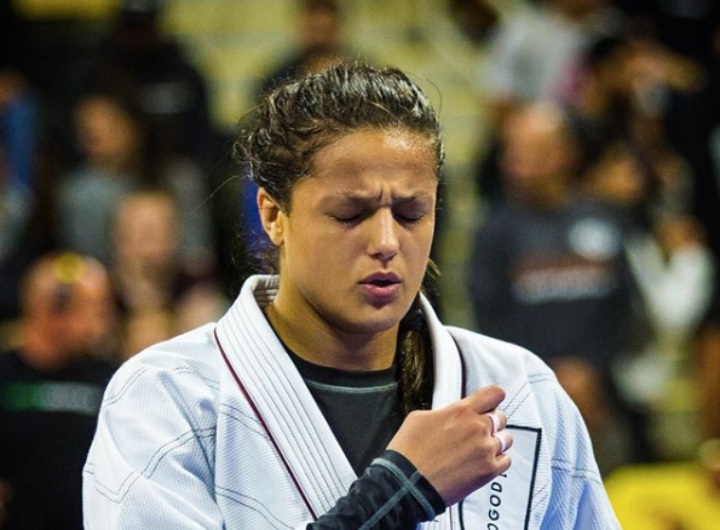 Female grappling might be shadowed by the stardom of male grapplers, but there are some ladies that just stand out and bring a lot of attention to themselves and the sport with their mesmerizing skills and dominance on the mat. Due to their hard work we can see how more and more ladies get inspired and enter BJJ gyms and how female athletes get invited to more tournaments and superfights and get bigger paychecks. In this article we are going to take a look at some of the best female grapplers today who have contributed to the popularisation of female BJJ  and take a deep dive into their careers and achievements.

This spider guard master is one of the few ladies from Europe that enter our list today. Amjahid is BJJ black belt from C.E.N.S. Academy in Brussels, Belgium and a very successful competitor at the young age of 24. She has been dominating the IBJJF and UAEJJF circuit since her days as a blue belt – she won a World title in 2013 and medaled at Worlds as a purple and brown belt. Her most recent achievements include gold medals from 2019 and 2020 European championships. In 2019 she also got to the final of the UAEJJF Abu Dhabi World Pro.

Elvira Karppinen is a Finnish black belt under the notorious Eddie Bravo who made waves at ADCC 2017 by defeating the fan-favorite Mackenzie Dern. She placed in top 4 in that tournament, but two years later she bettered her performance and won a bronze medal from the most prestigious grappling tournament in the world. Winning at ADCC is not her only thing though – she has won the Quintet Fight-Night 3 tournament last year and an IBJJF World title as a brown belt in 2017.

Elvira and her husband Lauri Karppinen joined by Eddie Bravo 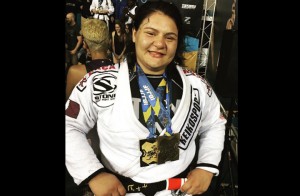 Tayane has proven herself as one of the best female representatives of the everlasting Alliance team.  She made waves at the international grappling scene in 2015 by winning the IBJJF Grand Slam (World, Pan American, European Open and Brazilian Nationals) in both her weight and the absolute division as a purple belt. Her success continued in the brown belt divisions where she won the European Open, Abu Dhabi World Pro and IBJJF Worlds. These incredible achievements were followed by her black belt promotion by Alexandre Paiva while on the podium of the 2016 World Championship. Due to a positive doping test we haven`t seen her in the IBJJF circuit in 2019 and 2020.

The younger sister of BJJ`s superstar and UFC fighter Rodolfo Vieira is definitely not somebody to mess with. But that`s not just because of her brother. She`s a 4x IBJJF World Champion at black belt, but that has become her thing since she was a blue belt when she won her first world title. Despite being a middleweight, she also often competes in the absolute divisions and has even medaled from the absolute division at 2018 IBJJF Worlds. Ana dominates both in the Gi and No Gi scene and her strong knee slide passing game and aggressiveness have also been tested at ADCC Worlds. 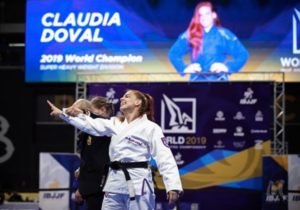 Claudia Do Val is a black belt under Ricardo De La Riva. She is a 4x IBJJF World Champion at black belt. In the year she received her black belt (2016) she also won gold at IBJJF Worlds but as a brown belt. She took up BJJ when she was 21 years old and was looking at it as a hobby up until brown belt. Her triangle choke is an absolute masterpiece and many consider her as one of the best female guard players in the game. She has been competing mostly in the Gi, but she is no stranger to No GI competitions – she took silver from No Gi Worlds in 2018.

Nathiely has been absolutely killing it in the last few years. She is a 3x World Champion in a row and in the last two editions of the Mundials she took double-gold. She`s also been crowned with Pan, European and American Nationals titles. Her long and lanky frame and the typical Cicero Costha guard style make her one of the most feared ladies not only in the middleweight division, but for everybody else in the heavier weight classes.

Bia is a current ADCC world champ who fights out of Almeida Jiu-Jitsu and has chosen to train and live in her home country Brazil, instead of moving to the US. Despite that, she has a ton of success outside of South America. Last year she reached the final of IBJJF Worlds, but came short and took the silver medal. Her ADCC title was not the only one she took last year – Basilio also won the UAEJJF Abu Dhabi Pro and Grand Slam. In 2018 and 2017 she took gold at Pan-Ams and despite being just a lightweight, she dominated the opposition in the open class and took the absolute crown in 2018. Her strong judo game and creative attacks from bottom make her one of the most dangerous female BJJ athletes today. 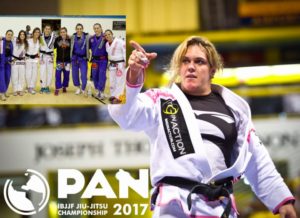 Despite not competing that much in BJJ now, Gabi Garcia remains a force to be reckoned with. Last year she lost only one of ten matches and won ADCC and Pan American titles. She can brag with more than 50% submission rate, but her positionally dominant game, her physicality and her killer pressure are her best attributes. She is a 4x ADCC champion and a 6xIBJJF World Champ (including absolute titles) at black belt. Six titles is also what she possesses from Pan-American Championships. She has conceded only five losses in her black belt career and has fought the best of the best since 2008. Nevertheless, just like Tayane Porfirio, a failed doping test has marked her career and she was stripped off of one of her IBJJF World titles in 2013 . 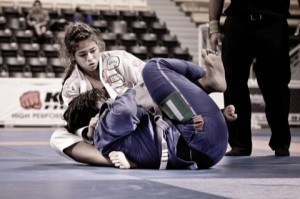 Bia Mesquita is arguably the greatest female athlete to ever step on the mats. Her stunning 7 world titles (one of them No Gi, and one from the Absolute division) at black belt and her dominance in the No Gi scene (ADCC and EBI world titles) make her one of the most complete female BJJ competitors. She is a black belt under another female legend Leticia Ribeiro who has guided Mesquita ever since the beginning of her career. Bia has beaten a lot bigger opponents with her elusive guard passing and dangerous closed guard and has proven that she is a fierce competitor and a well-rounded technician with winning open classes in 3 different major IBJJF competitions as a black belt. 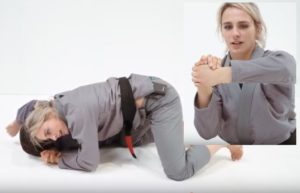 Ffion Davies made a name for herself very quickly through her outstanding achievements in the IBJJF circuit, ADCC, and submission only tournaments. Ffion is a Worlds No Gi, European Open and Brazilian nationals gold medalist and she won all of that just in the last two years. The Welsh black belt has a judo background and utilizes her takedowns and heavy pressure elegantly in the Gi or without it. In 2019 she reached the final of the -60 kg. division of ADCC Worlds. Despite her size, she often goes toe-to-toe with much larger opponents. In this year`s edition of Europeans she became the lightest female to ever win the absolute division at black belts. In her latest submission only match she faced the aforementioned Tayane Porfirio and went to a decision with her. Most BJJ fans have recognized her talent in the last year, but she has been killing it ever since her purple belt days back in 2016.